They say that a Metro is the lifeline of every major city in the world and Dubai is no such exception. But there are plenty of features about Dubai Metro that sets it apart from all the major Metro networks of the world.

Well-maintained, punctual, and fast, Dubai Metro has a state of the art infrastructure that helps its residents and tourists to commute to various parts of the city without getting stuck in those bustling traffic jams. Imagine taking hours to commute every day! Though there are a lot of things you can do while you are stuck in a traffic jam, but there is just something special about commuting in a metro.

Except for the obvious reasons of freshness and convenience, here are a few reasons why we all love the Dubai Metro so much!

1. The stations are nothing less than a well-equipped mall. One can find plenty of restaurants, coffee shops, retail outlets, boutiques, and so much more in stations. Give the shopaholic in you a treat with all these premium stores. Even when you are running low on budget, you can spend a great time inside a station with your friends!

2. Dubai is known for its tourism, right! So our metro can’t really miss that section of people either. For their convenience, there are special tourist information desks at every Metro station, letting it easier for people to board the Metro without any trouble.

3. Facing any emergency situation in the metro? Don’t worry! Audio and visual devices, as well as a priority arrangement of seats, have been designed for people with special needs. When you board the metro, leave your “panic mode” alone in the home.

4. Dubai is a land of expats. Though, there are plenty of expats who are not that proficient in Arabic. To make sure they face no trouble commuting, the staff members of the Dubai Metro are competent in both Arabic as well as English. Yes, we can totally imagine the multilingual kickass resume of the employees.

5. Punctuality is one of the key features of the Dubai Metro. With a frequency of 3 minutes and 45 seconds, it is expected to give its passengers a seamless experience. Now, that’s some number. We are still trying to figure out what’s with the addition of “45 seconds” though. Who came up with this number? Eh!

6. Since Dubai is a city where multiple cultures meet, during any significant festival or event, the Metro administration comes up with extra safety measures.

7. Now you can say goodbye to all those traffic jams! With an extensive line and timely services, it is expected that Dubai Metro has substantially improved the traffic condition in the city.

9. The trains are spotless and the stations are as clean as they can be. It is considered as one of the cleanest Metros in the world. The administration walks an extra mile to make sure that the Metro will stay in its prime condition for the years to come. Now that’s certainly impressive!

10. There are countless of reasons for the residents of Dubai to love their Metro. The efficient and timely services, safety measures, the presence of self-help devices, etc. are only a few of them. It has become a lifeline of the people of Dubai in no time, making them happier than ever!

The next time you are in Dubai - visit the Dubai Metro and commute in a smarter way! 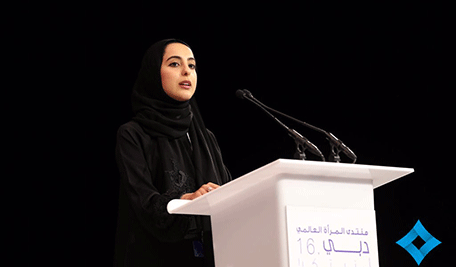